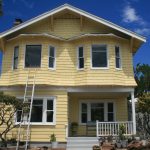 Lead Paint Poisoning is Preventable Through Education and Action

A Federal Appeals Court ordered the EPA to revise its nearly 17-year-old standard for dangerous levels of lead in paint and dust
– The EPA will need to follow a court order and must propose a new rule within 90 days of 6-22- 2018
– The agency must re-evaluate the risks from lead paint
– Reducing childhood lead exposure and make it a top priority
– EPA has duties to uphold regarding the Toxic Substances Control Act and its amendments contained in the Paint Hazard Act.
– The decision called attention to the persistent threat of lead paint to children in millions of American homes 40 years after it was banned from households.
–  Strengthening the standards for lead in dust is an important component of EPA’s strategy to curtail childhood lead exposure.
–  It has been clearly stated that this decision will protect the brains of thousands of children across the country
– Lead-contaminated dust from chipped and peeling lead-based paint is one of the most common causes of elevated blood lead levels in children More EPA lead programs.  Find more EPA lead programs

According to the EPA, “an inspection found that, between 2014 and 2015, Renovation Realty performed renovation work at six homes in San Diego and Santee without being EPA certified to perform work in pre-1978 housing where lead-based paint is assumed to be present.”

Many houses and apartments built before 1978 have paint that contains lead (called lead-based paint). Lead from paint, chips, and dust can pose serious health hazards if not taken care of properly. Beginning April 22, 2010, federal law requires that contractors performing renovation, repair, and painting projects that disturb more than six square feet of paint in homes, child care facilities, and schools built before 1978 must be certified and trained to follow specific work practices to prevent lead contamination.  New Dates for exciting RRP Classes. Best prices ever.

Follow this link to sign-up for a class in the San Diego area, Initial Lead Class Schedule, and the e-learning course at E-Learning learn about the requirements you need to be aware in Calhttp://E-Learningifornia and San Diego.  Every month new information is included in the class. Not a dull moment, the professional adult learners are invited to participate and share their experiences with the class. You can also find more information on lead-safe practices and requirements on the EPA newsletter. 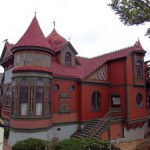 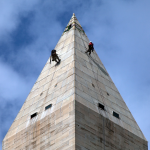 On August 23, 2011, the Washington Monument was subject to seismic ground motion from a Virginia earthquake. The purpose of this assessment is to describe the type and extent damage observed and to develop a preliminary scope of work for the repair of earthquake-related damage to the monument, based on field investigations that have been completed considering access limitations. The latest update from Wiss, Janney, Elsner Associates in the NDT Technician. 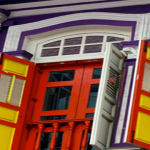 In addition to adding beauty and character, original windows serve a great purpose — they connect the outside of the building to the inside and, as an integral part of the architecture, offer invaluable clues to a building’s history. Despite this value, however, historic windows often get the blame for a building’s energy loss. Most often, people jump to replace their historic windows because a) companies promise that their replacement windows will save clients time and money, and b) it’s promoted as the “green” thing to do. In fact, a thriving industry has grown around this perceived need to replace rather than restore.

The latest report from our Preservation Green Lab in Seattle, Saving Windows, Saving Money: Evaluating the Energy Performance of Window Retrofit and Replacement, tackles this unfortunate perception head-on. The study examines multiple ways you can retrofit (read: modify) your historic windows for better performance, and outlines each option’s energy, carbon, and cost savings across a variety of climates.

The heartening result: Retrofits for historic windows perform comparably to new replacement windows, and almost every retrofit option offers a better return on investment (at a fraction of the cost).

For more facts and figures, we encourage you to read the full Preservation Green Lab report. In the meantime, check out the top 10 things you should know about retrofitting your historic windows.    Windows are the most visible, yet most commonly underappreciated, components of older and historic homes and buildings. 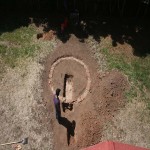 Historical Archaeology is the study of post-prehistoric cultures that uses physical remains, oral and historical sources, and a range of multidisciplinary techniques to study the human condition.  Historical Archaeology was first published in 1967, the year SHA was founded. The journal publishes articles and reports on historic period archaeological research, method, and theory from throughout the world. Although most contributors and reviewers are members of the society, membership is not required to submit manuscripts for publication in Historical Archaeology. Scholarship and pertinence are the determining factors in selecting contributions for publication in SHA’s journal.

Historical Archaeology is the journal of the Society for Historical Archaeology (SHA). Published quarterly with an annual content of approximately 544 pages of articles, and with an on-line publication of Book Reviews and Technical Briefs, Historical Archaeology is one of the world’s premier scholarly publications on the sites and material culture of the modern world. With an emphasis on the formation of a global economy following the exploration and colonization of the 1400s, Historical Archaeology publishes articles on cultural identity and ethnicity, the archaeological expressions of cultural landscapes, theoretical applications to historic sites, archaeological studies of architecture, the archaeology of foodways, technological and methodological approaches to the historic past, synthetic studies on a variety of topics, major site excavations, material culture, and other topics, from both terrestrial and nautical sites.

The preservation movement in the New World developed as the country grew and took shape, but the early Colonial settlers had two meager goals in the new land: to survive and provide for their families in the harsh and dangerous wilderness.  The new settlers wrote the history as they explored, surveyed, recorded, developed and built in this new territory.  Their humble beginnings expanded rapidly over time into a country with a proud heritage, and some people had the vision and finances to .preserve these treasures. In the late 1700’s, the United States government was in its infancy.  The planters who established and organized the local government met in a building in Williamsburg, called the House of Burgess (Andrews 1964:2).  The founding fathers of our country were involved in becoming independent from England and ensuring our safety and welfare.  They were not prepared to focus on protecting or saving points of interest, but colonial settlers were inspired to save sites.  These would affect the budget tremendously, not to mention the drain on the workforce.  It would take another 150 years.  In 1872, the federal government became involved in preserving our natural features.  They included the first national park, Yellowstone National Park, Casa Grande, 1889, Mesa Verde, 1906, and Chickamauga Civil War battlefield, 1890.  The National Park Service was created in 1916 to maintain these resources.  In the 1930s, with the Great Depression, the economy went into a spiral downward and again stifled the growth of the nation and the efforts of the preservationist

Historic Preservation is a method of saving the heritage of a culture, country, and people.  It means the people can give back to their community they cherish so much.  They can be proud to display the craftsmanship of the tradesman’s work so hard to bring to fruition in and architectural design or a simple cabinet door.

The pursuit of historic preservation followed two paths—private and public (Tyler 2000: 33).  Private individuals or groups concentrated on historical figures and landmarks connected to important historical events or men.  The federal government took care of our national parks and the natural resources of the country.  In 1949, the public and private sectors united to help pass the National Trust for Preservation

The development of a community organization is the culmination of its inhabitants becoming protective of their proud heritage and its history.  They want to show the entire city even the entire country how they have preserved the historic resources in their community.  They have followed the rules set forth by the federal, state and city government to comply with the necessary requirements to conform.  These guidelines give the local people a source with which to follow in preserving the heritage.